What is PTG: the Science of Post-Traumatic Growth

“What doesn’t kill you makes you stronger”.

The adversity hypothesis states that people require adversity, trauma and setbacks in order to grow, find fulfilment, develop as a person and find their inner strength. Can this be true? Reams of literature over the past 50 years has documented the negative effects that stress and trauma have on humans.

Depression, anxiety, heart disease and post-traumatic stress disorder all result from trauma and stress, however more recent literature is beginning to address the notion that stress and trauma can actually be good for people (Haidt, 2006).

The notion that individuals can experience positive effects following highly stressful or traumatic events is discussed in the literature under a number of difference titles, for example “benefit finding,” “post-traumatic growth,” and “stress-related growth.” (Park & Helgeson, 2006).

However, for the purpose of this article we will use the term post-traumatic growth (referred to from here on as PTG). The literature has documented PTG in many diverse areas of trauma and stress, including illness, bereavement, sexual assault, military combat and terrorist attacks (Park & Helgeson, 2006).

PTG is a direct contrast to post-traumatic stress disorder where individuals find no benefit from their trauma only pain and anxiety (Hadit, 2006).

The literature concerning post-traumatic growth has recently seen a surge of research interest (Park & Helgeson, 2006), indeed Helgeson, Reynolds & Tomich, (2006) noted that of the 77 articles that they reviewed for their meta analysis, 49 (or 63%) were published since 2000.

Prior to this psychology as usual had tended to view stress and trauma through a negative lense with particular emphasis on post traumatic stress disorder and the negative health implications associated with stressors.

Furthermore the literature had also concentrated on resilience, or how individuals bounce back after a trauma, but it is only recently that the literature is beginning to focus on the benefits of experiencing trauma (Haidt 2006).

What Does PTG Actually Refer to?

PTG has been researched in a hugely diverse set of traumatic events from divorce and death to natural disasters and terrorist attacks (Haidt, 2006). The literature on PTG shows that even though the causes of PTG are vast, the benefits reported fall into three categories:

There seems to be a great deal of consistency in the literature regarding the categories of growth/benefits that victims of trauma report. Although the wording used to describe these categories sometimes differs among studies, the underlying principles remain the same, for example Affleck, Tennen & Gershman, (1985) reported that mothers of ill children described three benefits;

Other studies have not reported all three categories, for example Affleck, Tennen, Croog & Levine, (1987) found that heart attack victims only report two benefits; greater self insight and positively altered values and priorities. T

he literature on PTG seems to have reached a stage of agreement concerning the benefits that PTG actually refers to, however future studies should not dismiss the possibility that other benefits can be found. Benefits that are not as prominent, such as an increase in nostalgia, may have been overlooked and as a result not measured in quantitative analysis or discussed in qualitative studies. 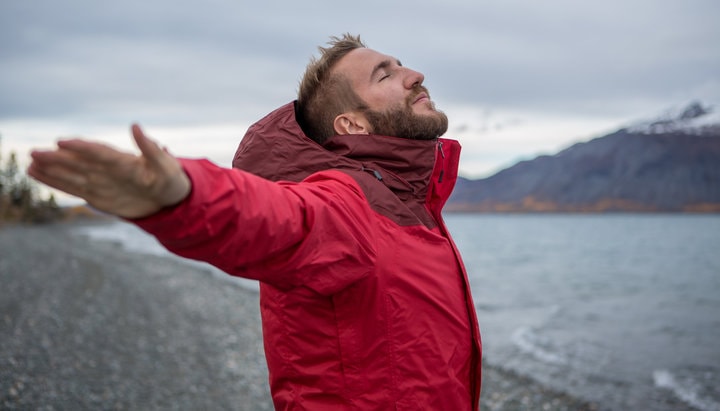 Is PTG Related to Wellbeing?

Firstly they discuss the positive life changes that individuals report making following a traumatic event, for example changing career to pursue more meaningful work. It is hypothesised that such changes would be related to positive health outcomes.

The second scenario is that life changes do occur following traumatic events, but these changes are stressful and so lead to negative health outcomes.

Alternatively a third scenario is presented which suggests that PTG is actually a coping strategy used to manage distress and it is the extent of the success of that coping strategy that mediates the relationship between PTG and health outcomes.

In light of the fact that a number of contradicting hypothesises have been supported in the literature concerning the relationship between PTG and health outcomes it is concluded that much more research is needed to understand the mechanisms that lead an individual experiencing PTG to experience health changes, be they positive, negative or neutral.

Do Other Psychological Variables Mediate the Relationship Between PTG and Positive Outcomes?

A number of studies presented in the PTG literature suggest that the relationship between PTG and positive outcomes, (such as increased wellbeing or improved physical health) is moderated by a number of other variables.

In assessing the three scenarios discussed above Helgeson, Reynolds & Tomich (2006) conclude that a number of factors may be responsible for the different research findings that emerge from the literature. The factors that they have drawn out are; time since traumatic event occurred and the number of ethnic minority participants in the sample.

In assessing the time that had passed since the trauma, Helgeson, Reynolds & Tomich (2006) observed that benefit finding after a trauma was more strongly related to less depression and more positive affect when the trauma occurred more than two years ago. However, they found that overall time since trauma was not related to an increase in benefit finding.

Time may still be a contributing factor and further research could examine this, as out of the 77 articles that Helgeson, Reynolds & Tomich (2006) reviewed for their meta analysis, only 6 (8%) contained data concerning the time that had passed since the incident occurred.

They theorise that people from an ethnic minority background may experience greater adversity (possibly due to racism and prejudice) which may lead them to be more capable of deriving the good from the bad. If this is the case then people who have experienced a great deal of stress and trauma should be more likely to experience PTG.

Furthermore an individual’s history of stress and trauma should be able to predict their ability to derive benefit from negative events. Further research is required to test out these claims.

The literature has also identified optimism as a variable that may mediate the relationship between PTG and positive outcomes. Optimism has been widely discussed in the literature, for example Rini et al, (2004) found that there was a positive association between perceived growth and positive adjustment, but only for optimistic mothers whose children were undergoing stem cell transplantation.

Haidt, (2006) also noted that optimists were more likely to experience PTG following adversity. The literature is unclear as to why optimisms experience more positive benefits following trauma. Is it just their ability to expect positive outcomes and look on the bright side or is there more to it?

In contrast Milam, (2006) examined optimism and pessimism in relation to PTG and found that both mediated the relationship between PTG and positive outcomes. Indeed they found that those low in either construct were the ones most likely to derive benefits, leading the author to hypothesise that those who have no strong expectations about the future (e.g. those not overly optimistic or pessimistic) were the ones most likely to experience positive outcomes following a traumatic event.

Future research should aim to clarify the mechanisms that lead optimisms to experience more benefits following a stressful event as the literature is not clear on this issue. 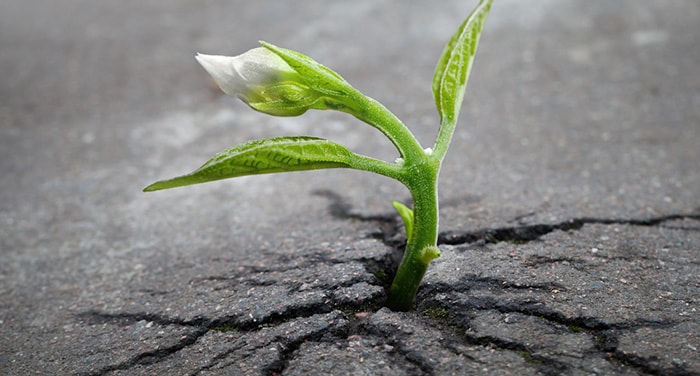 What Do we Mean by Growth? Is Growth a Process or an Outcome?

Most of the literature concerning PTG conceptualises growth following trauma or stress as an outcome of experiencing that stressor (Tedeschi & Calhoun, 2004). However, one issue that has arisen in the literature is whether PTG is an outcome of the stressor or a process that the victim goes through in the aftermath of a trauma that eventually leads to positive outcomes (e.g. less depression or a re-organisation of life priorities).

There is very little literature that examines the difference between PTG as a process and PTG as an outcome, indeed longitudinal research that tracks a trauma victim over an extended period of time is likely to be examining PTG as both a process and an outcome, without differentiating between the two. Existing measurement tools such as the Post-traumatic Growth Inventory (Tedeschi & Calhoun, 1996) do not distinguish between these two types of growth either so it is very difficult to examine the different ways that PTG may occur.

The issue of PTG as an outcome has been conceptually discussed by Park & Helgeson, (2006) who say that if PTG is an outcome of trauma it does not may sense to try to link it to other outcomes, such as wellbeing. Many of the studies in the literature do just this and so they may be fundamentally barking up the wrong tree.

Park & Helgeson, (2006) suggest that PTG should be considered as an outcome in itself, rather than a predictor of other constructs. They also discuss the possibility that growth and distress following trauma may not be opposite constructs, rather they may be two independent dimensions of wellbeing, (just as positive and negative affect have been shown by Watson, Clark & Tellegen, (1988) to be impendent dimensions of wellbeing rather than polar opposites).

Future research should aim to address this issue by examining how the reports trauma victims give of their growth change over time. Very little research tracks trauma victims right from shortly after their stressful experience to many years later and this would help to distinguish between PTG as a process or an outcome (Park & Helgeson, 2006).

PTG is a relatively new area to attract research interest. Although the adversity hypothesis is well established, researchers have focused on the negative consequences of traumatic or stressful events. A number of issues have arisen from the PTG literature. Namely, what does PTG refer to, is it related to wellbeing, do any factors facilitate its development and what do we mean by growth?
The literature seems to be in agreement that PTG refers to three benefits that victims report following adversity. These are:

The literature and research evidence is mixed when it comes to explaining the link between PTG and wellbeing. Three main hypotheses have been put forward, which are:

The literature highlights a number of variables that may to mediate the relationship between PTG and positive outcomes. These are the time that has passed since the trauma occurred, the number of ethnic minority participants in the sample and optimism. The research suggests that:

Finally, the literature does not distinguish between PTG as a process and PTG as an outcome, which may have implications for the way PTG research is conducted (e.g. if PTG is an outcome, is it accurate to try to link PTG to other outcomes of trauma such as wellbeing). It may be that constructs that occur in light of trauma (such as growth or depression) are not polar opposites; rather they may be seen as independent dimensions of wellbeing. Further research is required to clarify this issue.

In conclusions, considering that research on PTG has only really taken off post millennium the literature covers a vast amount. The literature is examining who is most likely to experience PTG, what PTG actually is, what the benefits of PTG are and how we can facilitate its development. Further research is required in all areas but progress is being made.