Subjective well-being (SWB) is defined as ‘a person’s cognitive and affective evaluations of his or her life’ (Diener, Lucas, & Oshi, 2002, p. 63).

The cognitive element refers to what one thinks about his or her life satisfaction in global terms (life as a whole) and in domain terms (in specific areas of life such as work, relationships, etc.)

The Concept of Subjective Well-Being

A person who has a high level of satisfaction with their life, and who experiences a greater positive affect and little or less negative affect, would be deemed to have a high level of SWB [or in simpler terms, be very happy].

The concept of SWB falls within the ‘hedonic’ perspective that defines well-being or happiness as being fundamentally about maximising pleasure and avoiding or minimizing pain.

This differs from the ‘eudiamonic’ perspective which, as Waterman (1993) stated, is where one lives in accordance with one’s diamon, or ‘true self’. This perspective places focus on meaning in life and self-realization, and the extent to which a person fully integrates this into his or her life. 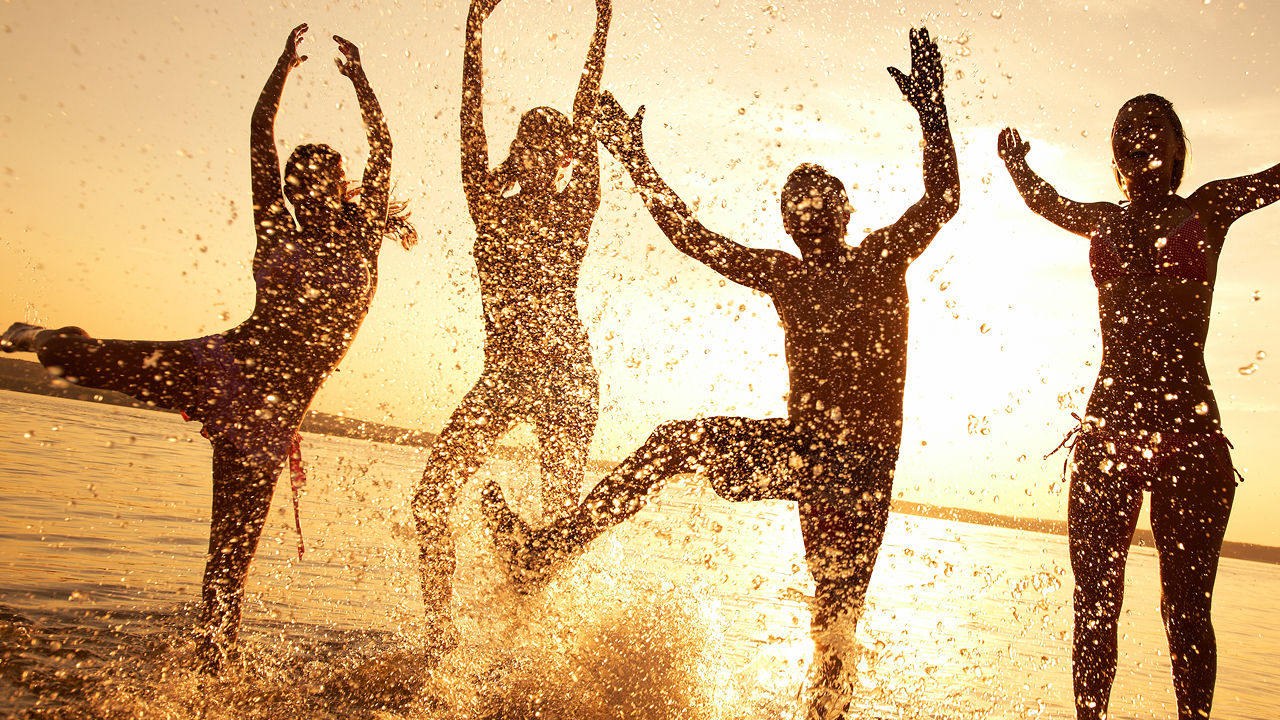 When psychologists measure SWB, they are measuring how people think and feel about their lives.

The three components of SWB are:

These are independent factors that should be measured and studied separately (Andrews & Withey, 1976, Lucas et al., 1996). Thus, the presence of positive affect does not mean the absence of negative affect and vice versa.

Before evaluating the correlates and predictors of SWB, it is worth noting the instruments used in measuring the components of SWB.

Both of the previous measures are examples of self-report measures.

The ESM works like a pager which, at random intervals, signals the respondent to record their mood at the point when they are paged. These measurements are taken over a period of time such as a month or 6 weeks and are then averaged out to provide an indication of a person’s level of positive and negative affect.

The Concerns on Self-Report Measures

The self-report measures have raised some concerns to many positive psychologists, (e.g. Schwartz & Strack, 1991).

They showed that SWB scores can be influenced by a number of factors such as:

Most researchers recommend the use of a ‘multi-method battery to assess SWB wherever possible’ since a more accurate assessment of SWB can be achieved and the amount of response artifices can be minimised. In general, however, self-reported well being measures have shown convergence with non-self report methods including some physiological measures (Lucas et al., 1996).

Personality appears to be one of the strongest and most consistent predictors of SWB. Explanations and support for the relationship between personality and SWB comes from a number of research studies and theories.

The dynamic equilibrium model (Headey & Waring, 1992): Although an event in one’s life can influence an individual’s SWB, the individual will eventually adapt to the change experienced and return to his or her biologically determined ‘set point’ or level of adaptation.

The ‘hedonic treadmill’ theory (Brickman and Campbell, 1971): Individuals adapt quickly to changes in their lifestyles and return to their baseline levels of happiness, a theory which is consistent to the dynamic equilibrium model.

Exceptions to the adaptation rule include death of a loved one such as a spouse or child, where individuals adapt very little to their baseline level of happiness or not at all, and noise, where individuals almost never adapt (Frederick and Loewenstein, 1999).

Although research evidence seems to support the theory of happiness having a genetic component, as well as the concept of adaptation, Diener, Suh, Lucas and Smith (1999) have suggested that these theories, whilst useful, provide an incomplete explanation of why and how individuals adapt. 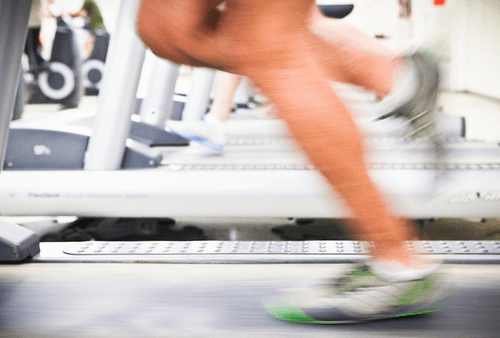 This still leaves between 50% and 20% to a combination of volition (what the individual can do to improve their SWB) and circumstances (demographic and situational factors).

Hence, whilst the power of the personality in influencing SWB is important in terms of predisposing an individual to behave in a certain way, one’s own efforts are also of importance.

For example, what about the individual’s capacity to change the way they think about their life? For example, a neurotic individual could learn to be more optimistic by changing their explanatory thinking style. He or she could start doing various positive psychology exercises, such as attending to and recalling more of the pleasant aspects of life, practising the savouring technique, and doing the three good things exercise.

One could also spend more time doing the things that bring happiness.

According to Watson and Clark (1984), extroverts have a temperamental predisposition to experience positive affect, whereas neurotics are predisposed to experience negative affect. Their claim is consistent with Gray’s theory of the personality having one of two brain systems (Diener et al., 1992).

How one thinks about his or her life also plays a part in determining one’s SWB. In addition to extraversion, Diener et al. (1999) also found that optimism (the expectation that more good things will happen in the future than bad), internal locus of control (the belief that one has control over his or her life) and self-esteem (defined by Baumeister et al. [2003] as ‘how much value one places on themselves, their self-worth and their capabilities’ ) were personality traits that correlated significantly with SWB.

The theory of dispositional optimism (Scheier & Carver, 1985) states that one’s thoughts about one’s future affect one’s circumstances because by expecting to do well, one will work more effectively and persist more for the goals set, therefore being more likely to achieve those goals and consequently achieve a greater sense of SWB.

However, could it be that if one feels good about his or her life one is more likely to be more optimistic?

Many studies cite a rich and fulfilling social life and a network of close social support with family and friends as being strongly correlated with SWB. A study of the happiest 10% of college students showed that those found to engage in large amounts of social activity were the happiest (Diener & Seligman, 2002).

Consistent with the conclusions from this study was the experiment conducted by Fleeson, M alan os and Achille (2002) where both extroverted and introverted college students were asked to record their activities and moods over a period of 3 weeks in a diary. The results showed that both groups were happiest when engaged in ‘extroverted’ activities.

Both these studies support the theory that social participation is a strong predictor of life satisfaction. Indeed it is easy to see why extroverts have a predisposition to greater levels of SWB given their propensity to socialise more. However, this does not explain the findings of Diener, Sandvik, Pavot and Fujita (1992) which showed that whether extroverts lived alone or with others, whether they had jobs which involved working with other people or not and whether they lived in rural or urban areas, extroverts were happier than introverts.

This raises the question as to whether the social aspects of extraverts that lead to greater experiences of positive affect have been over emphasised. Having said this, there is more empirical research that shows close social connections correlate with SWB than research that shows otherwise.

Research suggests that people who have jobs tend to be happier than those who are unemployed, and what’s more, skilled workers seem to be happier than their unskilled counterparts (Argyle, 2001). Warr (1999) suggested that SWB can be attributed to work which effectively matches one’s skills, talents and preferences, allows for some amount of autonomy or ‘decisional discretion’, provides variety in the tasks, provides supportive supervision, as well as opportunities for interpersonal contact with colleagues.

He suggested further that the position should have some value in society, and provide financial and physical security. Much of this seems consistent with activity theorists such as Csikszentmihalyi (1975) who suggested that people are happiest when they are engaged in activities that not only match their skill level but are also interesting.

However, one could be employed and working in a highly skilled job with lots of task variety and a team of sociable and supportive people but be overwhelmed and anxious because the challenges exceed available time and capacity.

Nevertheless, being employed does provide more of an opportunity to engage the mind and connect with others than being unemployed, where unemployment can lead to higher distress and lower life satisfaction (Oswald 1997).

Much research (Mastekaasa, 1994; Glenn, 1996; Myers, 2000) has also found that married people are generally happier than those who are unmarried, whether they are separated, divorced or single (Myers, 2000).

He also found that the unhappiest people are those stuck in unhappy marriages. One explanation of the link between marriage and happiness is the range of benefits that marriage brings in terms of intimacy, companionship, sharing etc. Hendrick & Hendrick (1997) believe that friendship and commitment are quite important in a marriage.

Their findings also implied that marriage can help to reduce loneliness and offer a faithful companion. One would think that co-habiting couples who seem to experience the same benefits as married couples, would therefore have similar correlations with SWB as the married couples. However, Diener et al., (1998) found that this was not the case, finding instead that married couples were happier than non-married couples, especially in collectivist cultures such as India .

Having said this, within individualistic cultures such as the U.K. , this trend is changing and the SWB of co-habiting couples are rising to levels in line with those of the married couples.

Depression and the Loss of Meaning

According to Martin Seligman (1988), today’s high depression rate can be attributed to a loss of meaning. Seligman believes that to find meaning requires that one must be attached to something larger than just oneself.

Perhaps in line with this theory is the finding that religiously active people in surveys worldwide, report higher levels of happiness (Inglehart, 1990) and that those who have deep religious faith are much less likely to get depressed (Friedrich, Cohen, & Witurner, 1988). Much of the research does however refer to self- reported measures which some may argue could elicit socially desirable responses.

However, a survey by the National Opinion Research Centre with data from 34,706 participants between the years of 1971 to 1996 showed that behavioural measures of religiosity such as attendance at a place of worship correlated with happiness. Therefore there is convergence with the self-report measures.

In addition to the sense of meaning and purpose derived from following one’s faith, the social support that one receives as a result of praying together as a community in worship may be a factor that associates religiosity with SWB (Ellison, Gay, & Glass, 1989). 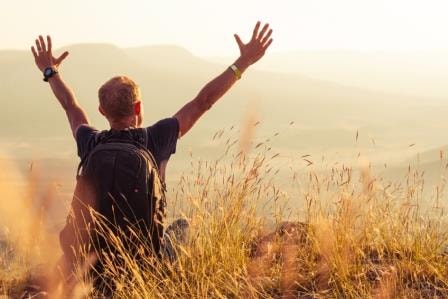 However, does being sociable and doing sociable things lead to increased SWB or is it that SWB leads one to be more sociable? More research perhaps could focus on the causal factors.

In summary, SWB is a hugely complex field. Whilst research evidence shows personality to be a strong influence on SWB and certain traits are linked to SWB, additional research is necessary to explore causality.

Causal research warrants more longitudinal studies across both individualistic and collectivist cultures, to determine the extent of and better understand any differences between cultures. More causal research would also determine whether or not certain correlates are in fact outcomes of SWB.

In the meantime, empirical research shows that a very happy individual is likely to be a happily married optimistic extrovert, having an active social life with a network of good social support, who feels fulfilled at work, is religious, enjoys active recreational pursuits, exercises regularly and feels they are in good health. He or she is also likely to have their basic needs met and live in a democratic country which respects civil rights and freedom of speech.

Fleeson, W., M alan os, A., & Achille, N. (2002). An intra-individual process approach to the relationship between extraversion and positive affect: Is acting extraverted as ‘good’ as being extraverted? Journal of Personality and Social Psychology, 83, 1409-1422.