The positive psychology movement has built upon working towards the positive aspects of ‘human strengths and virtues’ (Sheldon & King, 2001), and the ‘aspects of the human conditioning that lead to happiness’ (The Journal of Positive Psychology, 2005, cited in Linley, Joseph, Harrington & Wood, 2006), rather than being focused on healing (Seligman & Csikszentmihalyi, 2000).

The power of positive thinking to promote well-being is encouraged with confident thoughts providing an optimistic outlook on life (Marshall, Wortman, Kusulas, Hervig & Vickers, 1992). With the movement still being very fresh within the academia of psychology there appears to be plenty of scope for future research.

In modern day life optimism has become a desirable characteristic, and an important component of human functioning (Peterson, 2006). The position of optimism appears to have changed according to the way that modern societies behave. It could be argued that it has always existed however it has only recently been brought to the forefront ‘when people started to think ahead’ therefore ‘something had to develop….and that something was optimism’ (Tiger, 1979,  as cited in Peterson, 2000).

A widely recognised definition of optimism is:

‘a mood or attitude associated with an expectation about the social or material future, one which the evaluator regards as socially desirable, to his or her advantage, or for his or her pleasure’ (Tiger 1979, as cited in Peterson, 2006).

This definition gives ownership to the individual as to how they perceive optimism as it largely depends on how they interpret the terminology (Tiger 1979, as cited in Peterson, 2006). From this we can see how optimism can be used as a powerful coping strategy and even a method of motivation by providing hope that something can be achieved.

Positive illusions involve individuals viewing themselves in a positive way, and mentally healthy people do this very well (Ben Ze’ev, 2000).  However this personal view could lead to biased behaviours to enhance their personal quality of life (Taylor & Brown, 1988, as cited in Taylor & Gollwitzer, 1995), and could potentially lead to a distorted reality that may be harmful (Ben Ze’ev, 2000; Schneider, 2001). If an individual has a distorted view then this could influence their decision making and their connection with reality.

Scheier and Carver (1985) have completed extensive research into generalised outcome expectancies within optimism in our lives. They have actively sourced a range of literature and defined optimism as ‘the global generalized tendency to believe that one will generally experience good versus bad outcomes in life’ (Scheier & Carver, 1985).

In simplistic form, this definition states that a confident individual looking at life in a positive way can potentially experience a brighter life. With this in mind the impact that optimism can have on an individual combined with positive illusions can surely only have one conclusive outcome, this being a positive impact on personal well-being.

The creative thoughts and ideas that instigate big optimism nationally can be Government led. They are aiming to create an optimistic society with regards to many of their initiatives including the economical well being and global climate. Government are aiming to use big optimism to re-gain the nations trust and prove that they can be successful.

Little optimism is focused on achieving specific outcomes that are deemed more realistic. Government will use little optimism to create public interest and maintain support in stating they will achieve short term goals. Government have not always been truthful to themselves or society with their optimistic views. Therefore the current way of thinking is very negative towards Government initiatives, and many people are very pessimistic because of this.

Big optimism makes society possible (Peterson, 2006) and different societies share similar characteristics of optimism. As Peterson (2006) concludes all societies experience the benefits of optimism as long as it is approached in the correct way and is not distorting one’s self perceptions (Ben Ze’ev, 2000; Schneider, 2001). However, much of the research into this field has been ethnocentric making it difficult to generalise findings. This provides avenues for potential future research.

Optimism in improving health can be supported by the work of Taylor, Kemeny, Reed, Bower & Gruenewald (2000). This research states that if an individual can practice optimistic habits then they can enhance their personal health. However surely it is difficult for individuals to suddenly know how to do this and how to apply it. Positive illusions are deemed to have protective psychological effects on preserving mental health as well as improving it (Taylor et al., 2000).

Carver and Scheier (2002) confirm that positive thinking impacts the way that individuals respond in different situations. Therefore optimism is having positive influences on healthy behaviours. However it can be argued that an optimistic person can underestimate the risks of illness (Peterson, 2006), because they are confident that everything will be ok and potentially oversee the risks involved. Potentially an individual who appears to be very optimistic when it comes to illness is actually in denial as to the seriousness of it, and optimism becomes their method of coping.

It seems consistent to report that optimism produces positive moods and acts as a motivating tool. The mood that is experienced can influence the way individuals view life. The way we process information can be altered depending on the mood being experienced and this can affect our thoughts (Smith & Crabbe, 2000).

If a positive mood can be encouraged over a period of time then access to positive emotions is inevitable (Buckworth & Dishman, 2002), and experiencing positive illusions can become a natural occurrence (Taylor & Gollwitzer, 1995). Taylor and Brown (1988; 1994, as cited in Robins & Beer, 2001) stated that positive illusions promote psychological well-being, and evidence from Nadelhoffer and Matveeva (2009) suggests that illusions may help contribute to overall well-being.

Positive illusions are unique to the individual creating focus on their destiny (Sheldon & King, 2001), rather than being treated as one homogeneous group. With the modern daily pressures on society it is unlikely that individuals will stay in one constant mood state. Therefore encouraging positive illusions to build upon positive moods is a vital component of psychological well-being.

Taylor and Brown (1988, as cited in Taylor & Gollwitzer, 1995) clearly identified that people have to have ‘time-outs’ from positive illusions to provide them with time to be honest to themselves. This analysis is vital for positive human functioning as if we are always considering a positive outlook through positive illusions then one may over exaggerate thoughts and become disillusioned causing a negative impact on their well-being. 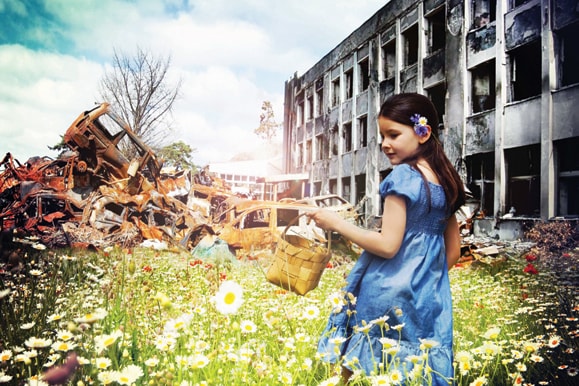 Positive illusions can impact decision making in certain situations and at times can also be part of a learning process (Taylor & Brown, 1988; Chambers & Windschitl, 2004), in particular for optimists who engage rapidly with new tasks (Rasmussen, Wrosch, Scheier, & Carver, 2006). It would seem logic to assume that the more experience individual‘s have had in different situations the more they are able to allow optimism to influence their positive illusions (Kaniel et al., n.d.), meaning that an optimistic person is able to relax in different environments and allow positive illusions to take over (Armor & Taylor, 1998; Radcliffe & Klein, 2002).

Based on longitudinal research it appears that this is not the case and optimists positive illusions actually decrease through experience while pessimists increase (Kaniel et al., n.d.). Drawing upon this we can identify a weakness in the psychological literature where many would presume optimism and positive illusions come hand in hand, however this is not the case creating questioning around the accuracy of research in this field of study.

It is automatically believed that because experiencing positive emotions is well documented (Tugade, Fredrickson & Barrett, 2004) and optimism is experienced through hopefulness and confidence that positive illusions would develop with these psychological feelings and become more prominent as new experiences occur. Kaniel et al., (n.d.) state this is not the case and pessimists experience more positive illusions.

In considering this within the movement of positive psychology, pessimists may actually experience positive illusions that provide a better response to certain situations than what optimists may choose. Although it would seem natural to always link optimistic view points and positive psychology, perhaps it should be considered that too much optimism is not such a good thing and that individuals should select a careful balance between optimism and pessimism to create a positive evaluation and appraisal of life that is realistic.

The current way of thinking can certainly impact measures of optimism and cause fluctuations in its results (Taylor & Gollwitzer, 1995). The Life Orientation Test (LOT) developed by Scheier and Carver (1985) is designed to measure the levels of optimism that are being experienced. The LOT is a self report test that requires individuals to rate themselves on a 0 (strongly disagree) – 4 (strongly agree) scale.

It is important to evaluate the limitations of any tools used for research. As with all self measures the LOT falls prey to numerous potential flaws. The test requires that the subject is honest in their answers and that they have a proper understanding of the questions being asked. With the negative stigma attached to pessimistic characteristics there is potential for subjects to rate themselves untruthfully in order to appear more optimistic and therefore ‘healthier’.

Gender based research into optimism seems inconsistent (Marshall et al., 1992; Taylor & Gollwitzer, 1995). It appears that much of the research in specific areas is heavily based on one sex from a defined group. In respect to the growing popularity of optimism in the study of positive psychology, more research is required to develop further literature reviews. Similarly the research based on positive illusions is self reported.

This leaves potential risk to individuals boosting their self esteem protecting themselves rather than completing the self report measures accurately. The environment that many positive illusion tests take place has the potential for inaccurate responses as many studies have been completed in laboratories which despite meaning they are done under control it reduces their ecological validity (Robins & Beer, 2001). Future research is required in a natural setting to gain strengthened results surrounding the area of positive illusions.

The study of optimism is widely documented and so too is the study of positive illusions. Both of these research areas are predominantly reviewed separately (Kaniel et al., n.d.). There appears to be little published research documenting these concepts combined. With separate studies now clearly established, it would be beneficial for research to combine these concepts and report on their joint impact in the field of positive psychology.

The relationship between optimism and positive illusions is a relatively new research area in positive psychology and requires further developments to identify casual links between the two. Based upon the evidence identified we can develop optimism over a period of time which in turn can enhance quality of life (Seligman, 1998).

Carver and Scheier (1990) clearly identified optimism as cognitive, emotional and motivating. This is reflective in the analysis of the research and in connection with the outcome desires of positive psychology in that it can have a positive impact in all aspects of our lifestyles and that any strand within the movement should be aiming to achieve this.

Positive psychology could shape the future research on optimism and positive illusions (Peterson, 2006).

What is meant by this is that rather than researching around finding a link between optimism, positive illusions and positive psychology, a research topic within the field of positive psychology could lean towards developing a thorough understanding of how it needs these disciplines to flourish as the academia surrounding it grows. This may gain more of an insight into an extended application of positive psychology.

Radcliffe, N., & Klein, W. (2002). Dispositional, unrealistic, and comparative optimism: Differential relations with the knowledge and processing of risk information and beliefs about personal risk. In Kaniel, R., Massey, C., and Robinson D. T. (n.d.). Optimism without illusion: The impact of experience on expectations.