‘Optimism is the faith that leads to achievement…no pessimist ever discovered the secret of the stars, or sailed to an uncharted land, or opened a new doorway for the human spirit’. Helen Keller (1880 – 1968)

Helen Keller’s words reflect the popular upbeat concept of the word which has been gaining ground since the 1960s as an increasing body of research has demonstrated a consistent tendency of healthy successful people to think in generally positive ways.

Work by Tiger (1979) suggested that optimism is prevalent because it has adaptive utility. A substantial body of research now supports this but confirms that optimism is not without risk. This essay will examine definitions and components of optimism as a background to understanding the mechanisms by which it acts and then present research findings about benefits and harm.

Methodologies, research problems and the influence of publication bias, possibly itself the product of optimism, will be discussed followed by a few examples of beneficial outcomes arising from the application of research on optimism.

The Different Types of Optimism

In order to gain a better understanding of optimism, it is important to consider the different types of optimism that researchers consider today.

Optimism itself is not clean cut but is instead possessed in varying degrees (Peterson, 2000). He describes optimism as a:

The Effects of Optimism

Dispositional optimism seems to have direct effects on body function. The other types of optimism seem to mediate their effects via actions arising out of optimism biased information evaluation, goal framing, and meaning.

Seligman investigated attributional style optimism and success in sales insurance. He identified the top quartile of attributional style optimists amongst applicants for jobs as life insurance salesmen (extreme optimists) and found those selected on this basis performed much better and stayed in the job for longer than salesmen selected using standard industry tests.

The same mechanism drives athletic performance (Seligman, 1992; Gordon, 2007) both in individuals and team sports. Attributional style optimists improve their times after being told they completed a slightly slow time trial whereas pessimists show a marked deterioration. Team performance can be predicted based on assessment of the attributional style optimism of team members and coaches.  The key to performance was perseverance in the face of failure, a product of attributing bad events to one-off, non-pervasive external causes as optimists do.

Optimists base more of their decisions on previous experience and existing information allowing quick efficient decisions which are safe when the business background is well understood.

The Downside of Optimism

This leads us into the downside of optimism. In an uncertain or rapidly changing business situation, the optimist’s relative inattention to detail, failure to seek new information and selective inattention to unpromising data can lead to poorly informed decisions.

Optimism bias is identified as one of two causes of a chronic inability to accurately anticipate costs of  big projects, a  major problem for governments and companies for over 70 years e.g. consistent  under-anticipation of costs for rail projects and roads (Flyvbjerg, 2006). Inaccuracies consistently show a significant non-normal distribution suggesting bias rather than poor data. Inspired by Kahneman’s 2003 Nobel prize winning work on decision making under uncertainty, Flyvbjerg looked for explanations and identified two causes.

One was optimism bias in information assessment, causing real but unintentional errors of judgment. The errors are predictable, shared by experts and lay people and remain compelling even when people are made aware. Similar factors affect personal finance decisions. Yang, Markoczy and Qi (2006) investigated the curious phenomenon that many people consistently pick credit card options which are disadvantageous for them.

People often choose cards with a low annual fee and high APR, despite the fact that they regularly fail to clear their balances and pay much more than if they had a higher fee, lower APR card. These are the optimists. The high fee is an immediate but solvable problem (opt for the smaller fee) and the more distant possible failure to pay off the balance thus incurring interest, is an event 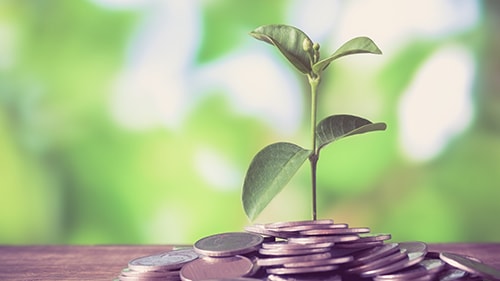 they believe will not happen.

Puri and Robinson (2007) showed that extreme optimists have much shorter term financial horizons, save less, work shorter hours, exhibit less financial self control and are less likely to pay off credit card balances than moderate optimists or pessimists.

Harmful risk taking has long been assumed to be a danger of optimism and there is some evidence to support this. Optimism is associated with rationalising beliefs, like for example that lung cancer risk is mainly genetic, most cases of it are generally cured and smoking for a long time without disease developing means they are less likely to be affected (Dillard, McCaul & Klein, 2006). The high general optimism of children, especially boys, seems to be a contributory factor to accidental injury which is the leading cause of death in childhood (Little, 2006).

Research itself may be affected by optimism bias. Although a literature research found no studies specifically looking for optimism as a cause of publication bias, the similarities are striking. Bias towards publishing positive findings was described by Sterling in 1959, when he found that that 97% of published articles from four psychology journals reported statistically significant findings.

Reviews of publication bias (Sterling, Rosenbaum & Weinkam, 1995, Sohn, 1996) found that attempts to reduce this are failing. Sohn found an eight fold difference in likelihood of studies being submitted for publication if results were positive rather than negative and that negative studies are often not even prepared for publication. Reviewers are highly influenced by the strength and direction of results (Sterling citing Mahoney, 1977). The resulting positive skew limits the validity of conclusions based on literature reviews.

On balance, however, optimism seems to be prevalent because it helps much more than it harms and further understanding has tremendous potential for improving the human condition. However, reading the literature makes it clear that for every question answered at least one new one is raised, not least the possibility that optimism itself may affect the validity of research.

Carr, A. (2004). Positive Psychology: The Science of Happiness and Human strengths.  Routledge.

Seligman, M. (1992). Learned Optimism: How to Change Your Mind and Your Life. Free Press.