Historically, gratitude has been viewed variously as a social and civic virtue, a motivator of benevolence and both a cognitive and emotional reminder of the social need to reciprocate (Emmons, McCullough, Tsang, 2003).

However, from the perspective of psychology, and more recently Positive Psychology specifically, gratitude is increasingly understood to be more than an evolutionary adaption or method of social exchange.

Instead, gratitude can be characterised as both a moral and actively pro-social, emotive, concept, the expression of which has potential implications for life satisfaction and wellbeing.

Whether this conceptualisation is valid however has only recently begun to be empirically explored (Emmons, McCullough & Tsang, 2004). As a concept gratitude has a broad and timeless appeal, one that is seen as valuable and beneficial across cultures and in the Christian, Muslim, Jewish and Hindu traditions (Dumas, Johnson & Lynch, 2002).

Stemming from the Latin ‘Gratia’, meaning grateful and pertaining to kindness and the beauty of giving and receiving, gratitude is the most common discrete positive affect, experienced by more than 90% of adults (Chipperfield, Perry & Weiner, 2003).

This commonality doesn’t extend to the understanding of gratitude within psychology however, where it is variously posited from the perspective of benefits provided, benefits received, a combination of these, as an emotion or disposition. Moreover, gratitude stems from the recognition of a positive outcome as being generated by another, with behaviour that was intentional, holds costs for them and value for the recipient (Emmons & McCullough, 2003).

The 4 Elements of Gratitude

From this dispositional perspective, gratitude is an emotion experienced in terms of four elements:

Thus a gratefully disposed individual would experience gratitude more intensely than someone less grateful, they would feel grateful more often, and do so for a relatively minor reason, they would have more sources of gratitude at any point, and would feel gratitude to a larger number of people per positive outcome than someone else. Allied to which, it incorporates a more appreciative and positive bias, together with a more positive outlook and interpretation of social situations (Wood, Maltby, Stewart & Joseph, 2008b).

From a Positive Psychology perspective however, the focus is on gratitude in terms of optimal functioning, of wellbeing and Satisfaction With Life (SWL). Findings across the literature show gratitude to be both a mediator and function of these, gratitude being variously associated with each.

Gratitude can also be seen as a prosocial behaviour, in terms of benefits given and received, which results from and stimulates moral behaviour. More specifically, gratitude acts as a ‘moral barometer’, motive and reinforcer (McCullough, Kilpatrick, Emmons & Larson, 2001). In particular, that from recipients regarding benefactors as agents of wellbeing, the recipient is motivated to behave similarly. Moral reinforcement, and future benevolent response, then stems from the expression of recipient gratitude.

Viewed in this way, gratitude might be seen as the enactment of social norms or mere self-preservation, not least because ingratitude is almost universally derided and would discourage similar behaviour in future (Emmons & Shelton, 2002). Moreover, it is possible the experience of gratitude is allied with an awareness of what is owed as a consequence, and it is this that drove the grateful behaviour, rather than a feeling of gratitude.

Effects and Benefits of Gratitude

While the effects of gratitude per se and indebtedness can be hard to distinguish however, research has demonstrated that even when highlighting some given support as a source of gratitude, and distinguishing reciprocity norms, the experience of gratitude was still shown to elicit more assistance for a stranger, which indicates that these norms were not the basis for providing support.

The basis for this being that emotions have been demonstrated as carrying over from one setting to another, affecting behaviour and decision making for as long as they last (Petty, Desteno & Rucker, 2001).Thus, it can be seen that gratitude specifically, rather than social norms or a broadly positive state mediate helping (Bartlett & DeSteno, 2005).

Arguably then, gratitude is as much a moral emotion as a much as a dispositional tendency, on the basis that it is a functional acknowledgement of the effect of social support. Indeed this was shown to be the case with a sample of undergraduate students who were asked to evaluate their feelings toward sources of social support whilst either recording 5 minor hassles, 5 successes or 5 things for which they were grateful.

The sense of gratitude arising from benefactors is not immutable however. Where the conferred benefit is not expected within the relationship dynamic, the level of felt gratitude has been shown to increase. Whereas benefits experienced in the context of a close and established relationship generate less gratitude, ostensibly because the benefits are viewed as obligatory or ongoing (Newberg, et al,1997). 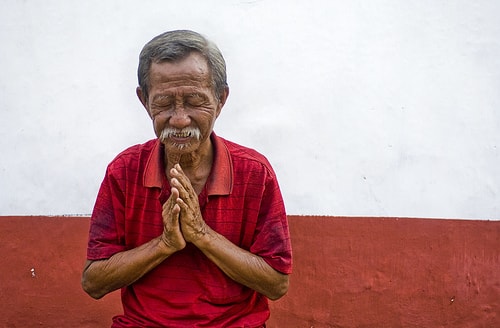 Gratitude can be said to have considerable value in the understanding of human functioning (Emmons & Crumpler, 2000), and can been seen as a reliable indicator for wellbeing and attendant social variables (Wood, Joseph & Linley, 2007). From a focus on sources of gratitude it can be said that gratitude allows for positive attribution, which has been shown to protect against stress and depression (Lubomirsky, Sheldon & Schkade, 2005; Wood, et al, 2008a).

In addition, gratitude may change the nature or progress of other factors such as a person’s environment or a depressive episode, with gratitude making it more bearable or of shorter period. Crucially, gratitude may also be key in terms of perceived social support, on the basis of an actual behaviour and attribution interaction, such that when gratitude is expressed to a benefactor then they are more likely to provide support in the future (Bartlett & DeSteno, 2005).

The relationship between gratitude, stress, depression and social support, and of gratitude in wellbeing terms may be better assessed in part against other factors, such as personality traits.

Gratitude has irrefutable relevance to both the understanding and development of both wellbeing and life satisfaction, even at present relevant outcomes would appear more valid than the tools available to assess them.

Emmons, R A. & McCullough, M.E. (2003) Counting blessings versus burdens: An experimental investigation of gratitude and subjective well-being in daily life. Journal of Personality and Social Psychology, 84 (2), 377-389