The existing studies have shown that focusing on the future brings academic success, and reminiscing on the positive past experiences increases one’s happiness. But if a certain time perspective starts to dominate an individual’s view of time to the extent that it excludes or minimizes the others, it may become dysfunctional.

There are costs and sacrifices associated with over-emphasizing any one of the temporal zones. For example, even past-positive orientation has drawbacks that may include being excessively conservative, cautious, avoiding change and openness to new experiences and cultures, sustaining the status quo, or trying to apply old solutions to new problems.

A balanced time perspective (BTP) has been proposed as a more positive alternative to living life as a slave of any particular temporal bias (Boniwell & Zimbardo, 2004; Boyd & Zimbardo, 2005).

“In an optimally balanced time perspective, the past, present and future components blend and flexibly engage, depending on a situation’s demands and our needs and values” (Zimbardo, 2002, p. 62).

A number of publications have suggested BTP as a theoretical possibility. In terms of the Zimbardo Time Perspective Inventory (ZTPI), it is usually operationally defined as a combination of high scores on Past-Positive (PP), Present-Hedonistic (PH) and Future (F) scales in conjunction with low scores on the Past-Negative (PN) and Present-Fatalistic (PF) scales (Boniwell & Zimbardo, 2004). 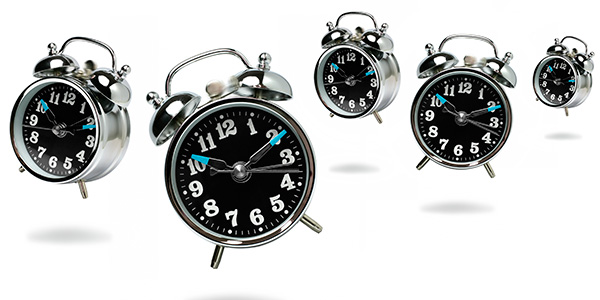 The authors found that members of the BTP group (N=13) exhibited higher subjective happiness and higher mindfulness compared to the remaining sample. However, this approach has certain drawbacks. First of all, the cut-off criteria are chosen arbitrarily, with no evidence suggesting they are optimal.

The percentage of participants with a BTP based on these criteria remains nearly constant in different samples (and very small, being about 5%), as it is based on pure statistical probability of people having a certain combination of scores, rather than on any consistent psychological differences between these individuals and the remaining sample.

An alternative way to find out people with a BTP was suggested by Boniwell et al. (2010). It is based on person-oriented approach proposed by a Swedish scholar David Magnusson (1999) that aims to identify groups of individuals exhibiting similar patterns of scores or similar change trends.

In correlational studies it can be implemented using cluster analysis, so this approach to BTP was called cluster-analysis approach. The authors have undertaken two studies on British (N=179) and Russian (N=289) student samples aimed to compare the two approaches and to find out the relationship between BTP and well-being. A cluster analysis was performed upon ZTPI scale scores to find out groups of participants with similar score patterns.

In both cultures, people with the BTP profile had the highest well-being scores, followed by hedonistic, future-oriented and negative time perspective profiles. Boniwell et al. (in press) found that people with balanced time perspective are more happy and satisfied with life, experience more positive affect, have a stronger sense of purpose in life and self-efficacy, and are more optimistic. In addition, students with a BTP reported seeing more career choice possibilities before them than students with any of the other time perspective profiles (Ivanchenko et al., 2009).

The BTP group selected on the basis of cluster analysis overlapped with BTP group selected using cutoff criteria, but it was larger and it differed more strongly from the remaining sample on well-being indicators. The authors concluded that the cluster-analysis approach to BTP showed more evidence for validity than the cutoff-point approach. As a result of the two studies decribed, balanced time perspective emerged as a distinct typical time perspective profiles associated with higher well-being.

Magnusson, D. (1999). On the individual: A person-oriented approach to developmental research. European Psychologist, 4, 205-218.